Releasing in hotels: Yay or nay?

Readermax 3 yrs ago
Releasing in hotels: Yay or nay?
I live near a couple of hotels. Do you think releasing books in them is a good idea? Have you tried releasing in hotels before? What was your experience? If you think I should release books in these places, where should I do it so that someone will find my book quickly (the lobby, a restaurant, concierge's desk, etc.) Thanks for your help!

3 yrs ago
RE: Releasing in hotels: Yay or nay?
I release in hotels sometimes. I haven't had a lot of catches from those releases, but the ones I did get tend to be by people who were traveling, so my books got taken to a far-away location - very cool!

I generally leave books on benches, either outside the building or in the lobby. If there are interesting sculptures or garden areas with suitable ledges, I might leave books there. I do make sure that the books are labeled with the BookCrossing information, plus a sticky-note on the cover saying "Take me, I'm yours!" or one of the supply-store "I'm free!" or "Traveling book" styles - this helps tell the finders that the books are theirs to take. Even so, sometimes books wind up in the lost-and-found - but I've had catches from the people who were clearing out the lost-and-found drawers, so you never know when a book will catch someone's eye!

3 yrs ago
RE: Releasing in hotels: Yay or nay?
As with any other type of release location, there's no hard and fast Yes or No.

Some hotels like them, some don't. I've had staff chase me down to say, "You left your book behind." (To which I ususally say, "No, it's not mine," since once I release it, it is no longer mine.)

But in a neighboring town there is a hotel with a big bookcase and they are fine with me releasing there. As a matter of fact, I found out that at one time a former manager had a staff member register a bunch of books for the shelves. I don't think they still actively do that, but they don't have any problem with me leaving mine there.

Then again, some hotels may put them in lost and found, or even throw they out. If I was going to release one or two, I might take a chance, but if I hoped to release a bunch I'd probably ask to make sure it was okay with the hotel.

But this is true for any type of establishment. One pizza shop staffer told me the manager said any books left there would be thrown out. Another pizza place let me bring in a large bookcase for a OBCZ (Official BookCrossing Zone).

ETA: I just added a picture of that bookcase to a book I released there recently. Click on the image in the release note to enlarge it. http://www.bookcrossing.com/---/14427748

Some Starbucks don't want books; I have one in my area that is okay with a small amount of books being released there, so I might leave half a dozen. It just varies. And by asking, you can be sure your books aren't in a place where they'll be tossed, and also spread the word about BookCrossing.

And sometimes things change. The release spot where I and my BookCrossing friends left the most books over the years is here: http://www.bookcrossing.com/---/64347 . (You'll have to click View All on the Go Hunting page to see the books, I believe.) We've been releasing there since 2003 according to the oldest dates and it looks like there were 5,346 books released there over the years that were never "caught." That doesn't mean they are still there, they've all been picked up, but those are the ones that haven't yet been journaled. And yet, after 14 years and over 5,000 books, all of a sudden a few months ago it "was against corporate policy" and we can no longer release there. The customers and staff loved the books and were disappointed, but the bosses didn't want them. So you never know.

The same changes can occur at restaurants. At one time a local Ruby Tuesday said No. Now, with a different manager, it's okay to leave books.

ETA: I just noticed you also asked where inside the hotel to leave the book so they will get caught quickly. Again, in my opinion, that is completely up to chance. No location can guarantee you a catch. And even places where all the books are picked up don't guarantee a journal entry, as you can see from the link to Denny's above. Of course, we did get many catches from there, but there are a lot of books that were picked up and never journaled. Though I never give up. According to the Site Watch forum a book was just journaled 14 years after it was released, so there's always hope!

fedlev 5 mos ago
Re: Catch rate vs. journal rate in a restaurant in Portland, Maine, USA

We've been releasing there since 2003 according to the oldest dates and it looks like there were 5,346 books released there over the years that were never "caught." That doesn't mean they are still there, they've all been picked up, but those are the ones that haven't yet been journaled.

That's very interesting. Good to know that you got thousands of books picked up! Was there no accumulation?

5 mos ago
RE: Re: Catch rate vs. journal rate in a restaurant in Portland, Maine, USA

Was there no accumulation?

No, they were *always* taken, just not always journaled.

The staff at the other Denny's in town, which until this week welcomed our books with open arms, would often say to me when I came in, "Boy we're glad to see you, people were complaining that there were no books." Then this week, management changed their policy yet again. No more releases there.

(This has happened before so who knows what the future will bring.)

First of all, I would be very reluctant to simply enter a hotel and start leaving books around without informing the staff. It is a private property afterall and especially nowadays with all the security issues, hotel management is not very keen to have people roaming around their premises. Staff is expected to keep an eye all around so having strangers getting in and doing their own thing, even on a goodwill, puts lots of extra pressure on the staff. Then if you are a guest and/or use their facilities and just leave a book say at a restaurant table, it is more likely that the book will be picked up by restaurant staff and then more likely be handed to front office. There the receptionists will keep it on the lost and found shelve for a while and if no one seeks for it, either it will be thrown away either it will be put in the lobby's bookcase-if there is one. Now if you are lucky and some staff member is interested on the process to read and/or journal the book, that's an other story.


I see you are coming from Puerto Rico. This is good, because I guess you have more of the holiday/resort type of hotels around.On my experience, usually this type of hotels feature a bookcase which is always a good start. Then guests usually are on a relaxed mood and are keen on longer stays, which makes them more open to read. When you spend several hours per day relaxing on a beach, it's more likely to read a book than if you are in town for three nights running between conferences and buisiness meetings. This doesn't mean you may not try buisiness/city hotels too. Asking hotel staff if you could leave some books on their bookcase is a good idea. The same principle applies to hostels where on myh experience there is always some kind of bookcase or bookshelve, often the crowd is more used to tech stuff and on a mindset more open to explore new things/projects such as BC.
What to release? Usually something that could appeal to the guests would help, for example some bloke-lit and chick-lit, cosy mysteries, local history or guidebooks on beach resorts, hostels and hotels near airports and train stations... or some time management books in buisiness hotels or in case the area/hotel is populated with this or that ethnicity of visitors, try to release books in their language. IUt would help if the books are physically light too, maybe some paperbacks that are reasy to carry for reading around or taking on a flight.

BUT all that said, any type of book would do. You will be very surprised by what kind of books people read in hotels etc. I have found everything, in hotel bookcases, from Shakespear to Neil Gaiman and from Marian Keyes to academic books of E.A Thompson on the Huns! Once while working in a beach resort on western Greece, I found an academic book in English, dealing with very specific economics, written from the late prime minister of Greece Andreas Papandreou on the '70s when he was proffesor in the University of Minessota(!) ...

I m sure that your books will be picked up and read at some point. And most likely travel further. Now, if they get journaled, that's an other story. I feel that in addition to labeling properly, tucking an A4 page or a leaflet inside the book explaining a bit more about BookCrossing and making clear than one can write a journal completely anonymously might help a bit...

Readermax 3 yrs ago
RE: RE: Releasing in hotels: Yay or nay?
Thank you so much! I will tell you how it goes when I get a chance to release a book in one of the hotels! :)

3 yrs ago
RE: Releasing in hotels: Yay or nay?
I can't add much to the expert advice already given, only personal experience. Since I joined BookCrossing, I have done releases in hotels where I have stayed (even before I really got into the BC scene). In fact, a couple of my favorite catches came from hotel releases:
http://www.bookcrossing.com/---/8260310 , which I left in the lobby of my hotel in Budapest and got a catch or two
http://www.bookcrossing.com/---/10486884 , which I left in my hotel room and got a catch from a staff member

Having said that, there must be two dozen or more others that I have left at hotels which I have yet to hear from.

Readermax 3 yrs ago
RE: RE: Releasing in hotels: Yay or nay?
Thanks! :)

3 yrs ago
RE: Releasing in hotels: Yay or nay?
I've released a few books in hotels though mainly in reading rooms or onto book shelves meant for guests - last year I had a catch http://www.bookcrossing.com/---/13445650 -
....or if it's a slim book it might find its way into a leaflet dispenser.


I've just come back from the US & this time our hotel didn't have anywhere like that so I ended up leaving one in a drawer - though it might just end up getting chucked out by the maids!

daffodil-2 4 mos ago
I've left several books in hotels and pubs with varying success
I now try to find an area where leaflets (maybe of local places of interest) are displayed or an actual bookcase where readers can leave/swap their books. Otherwise I would leave a book on a chair in a corridor where there's lot of foot traffic. I have tried leaving a book in an empty drawer too -one was caught by a "maid"- but some I fear would be discarded by cleaners.

4 mos ago
I've had better luck with books I've left on benches OUTSIDE of the hotel
Although, someone else released one of my books in a hotel lobby, & it was caught. 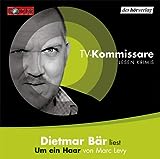 "I have always imagined that Paradise will be a kind of library."