Journal Entry 1 by yazi on Sunday, May 22, 2005
Paula is an opera singer. Her brother Julian is a scientist. Although residing in the same building, the two live different outwardly...

Paula is ever moving and a creature of sound. Julian is a scientist ruled by numbers and lives in seclusion. Both have an inner quaility in common: they carry the pain of their father, a survivor of the Nazi concentration camps. When Paula goes to Europe to follow her career path, she hires Sola, a young woman to look after her home and Julian. Sola is also a survivor and all three will be forever changed by the lessons they learn from each other.

Journal Entry 2 by yazi at Controlled Release in Peoria, Illinois USA on Wednesday, May 25, 2005

Released to squireson with the intention that he will deliver it to his mother! I hope you enjoy the book! 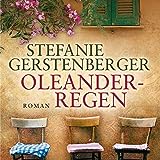 "A good book makes you want to live in the story. A great book gives you no choice"